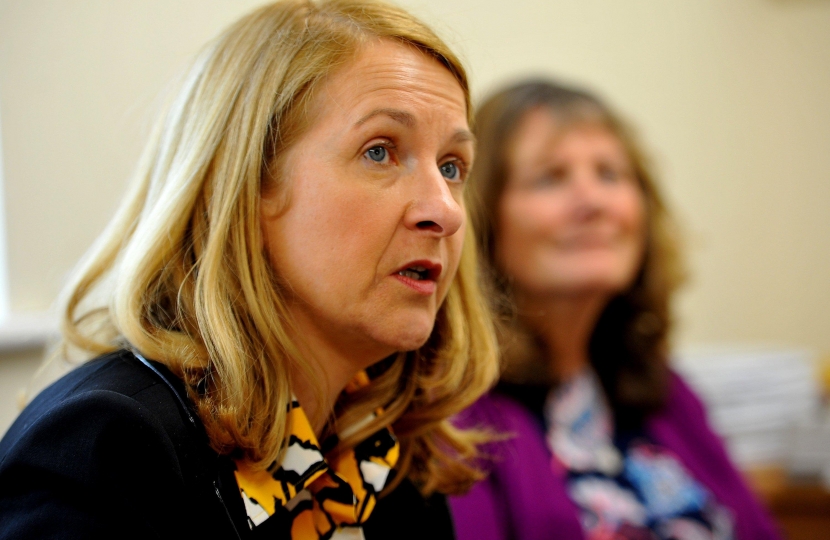 Card removed from site after PCC criticises product which 'romanticises' this serious crime.

National Stalking Lead for the Association of Police & Crime Commissioners, Katy Bourne has this morning publicly called out greeting card and gift companies Thortful and Etsy for their ‘stalking themed’ Valentine’s Day cards.

Some featured ‘Joe’ from US hit Netflix series ‘You’ whose obsessive and fixated nature ends in a gruesome kidnapping and homicide and this is just in Season One.

Now cards are being circulated making light of this serious crime using language like, ‘Stalker is a strong word, I prefer Valentine’.

One £3.65 card found on Etsy has a google map pin as the picture with the words, ‘You say stalker, I say devoted.’

Shopping for a Valentine’s Day card for her husband, PCC Katy Bourne spotted these cards and tweeted: “Please do not use stalking as a form of a joke on your valentine’s cards out of respect for the thousands of victims living in fear of this awful crime.”

The tweet is receiving traction from the public and law enforcement agencies who are expressing their outrage. Claudia Ortiz who co-founded the stalking support service, Veritas Justice commented: “Absolutely inappropriate to trivialise a crime that destroys lives and sometimes even takes lives!”

PCC Katy Bourne is herself a victim of stalking, facing years of torment, with unfounded claims made about her online and a threatening presence at events she attended as PCC in her home county of Sussex.

The courts imposed a civil injunction to prevent her stalker from contacting or writing about her and when this was breached, in 2018 he was sentenced to four months in prison, suspended for two years.

The experience has led her to campaign for improvement of people’s attitudes to stalking, and crucially the way it is dealt with by police and the courts.

She says: “By normalising stalking in this way we are risking taking ten steps back in terms of public perception of this all-consuming, truly devastating crime.

“Valentine’s Day is about celebrating all love and I want it made clear that stalking is never a display of love or affection.

“Stalkers have deep rooted and complex psychological problems and their display of fixated, obsessive, unwanted and repeated behaviours takes over and destroys the lives of their victims.

“We have seen how this crime can fatally escalate and it should never be treated as some sort of joke.

“I hope that all retailers will now appropriately censor the products that they stock and remove any of these types of cards from their websites and shelves.”

A Thortful spokesperson took to Twitter to apologise for any offence caused, adding: “We can see that this card is upsetting and we have removed it from our catalogue with immediate effect, thank you for bringing this to our attention.”

Mrs Bourne would like to thank Thortful for acting swiftly in the manner of a responsible business.